Would you like to switch to the accessible version of this site?

Don't need the accessible version of this site?

All our professionals at DC Endodontics maintain the highest levels of accreditation and pursue ongoing education to stay abreast of the latest trends in endodontics.

Born and raised in Belfast, N. Ireland, Dr. Julian R.D. Moiseiwitsch attended dental school at University College in London, England, graduating in 1984 with a Bachelor of Dental Surgery (B.D.S.).  He completed his Licenciate in Dental Surgery (L.D.S) from the Royal College of Surgeons of England the following year.  After oral surgery training in England, Dr. Moiseiwitsch moved to San Francisco where he accepted an appointment as Assistant Professor at the University of California at San Francisco. In 1989, he moved to Chapel Hill, North Carolina to complete an AEGD residency at theUniversity of North Carolina.  He was a Resident in Endodontics at UNC where he also earned a Ph.D. in Craniofacial Development in 1995; after completing his endodontic training, he remained on the faculty until 2001.

Dr. Moiseiwitch is currently the president of the District of Columbia Dental Society.

Dr. Moiseiwitsch is a Diplomate of the American Board of Endodontics.  He currently maintains a private practice limited to endodontics in Washington D.C. and is adjunct Assistant Professor at the University of Maryland School of Dentistry.  He is also on staff at the Children’s National Medical Center where he developed a Curriculum in Endodontics for Residents in Pediatric Dentistry.

Dr. Moiseiwitsch is the author of 15 peer reviewed articles, 3 book chapters and over 30 abstracts.  He is a lecturer nationally, and in Europe, on his dental research and clinical interests for which he has received numerous awards. His research has included clinical studies investigating the causes of endodontic failures and how to improve anesthetic success in hyperemic teeth.  Dr. Moiseiwitsch’s academic efforts in the basic sciences have focused on Molecular Signaling during development of the mammalian, face including the dentition.

Dr. Moiseiwitsch lives in Washington, D.C. with his wife, Françoise and nineteen year old daughter, Nina.  In his spare time, he enjoys fencing, bicycling, and spending time with his family. 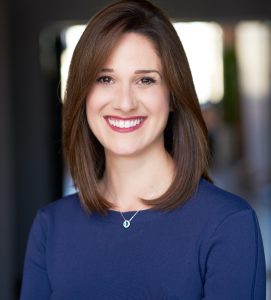 She is a highly skilled and trained endodontist who performs advanced Non-surgical and Surgical endodontic therapies, utilizing the most advanced, proven technologies available.

Dr. Latifi has presented award-winning research on Regenerative Endodontics to the American Association of Endodontists Annual Meeting. She has participated in multiple pro bono outreach missions locally and internationally including Nepal and Mexico, where she helped under-served communities in need of endodontic care.

In addition, she participates in multiple local study clubs and has lectured on endodontic topics as well as participating in national scientific meetings to remain active in her field and to stay current on the latest research, techniques, and technology. She serves on the board of DC Dental Society (as a chair of DCDS subcommittee and a member of the strategic planning Committee) and on the board of directors of the Greater Washington Academy of Women Dentists.

Dr. Latifi relocated to Washington DC to accompany her husband who is a Transplant and Hepato-Pancreato-Biliary surgeon at Georgetown University Hospital.

Some of her Past Affiliations:

Send Us an Email

Find us on the map